Duncan S Posted on May 30, 2017 Posted in Sparks Blog No Comments 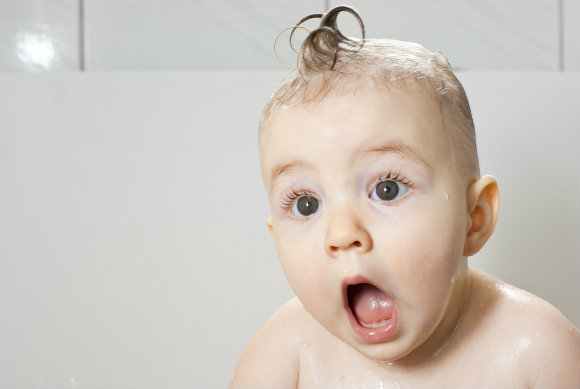 First, I don’t mean God in the usual sense of ‘a creative supernatural being.’ I’m using God to mean ‘a force for order and justice.’  I’m further narrowing it down to apply within the world of the creative arts, or showbiz. In other words, I once held the belief that there was some kind of force for order and justice in the world of showbiz. A pretty naive belief, of course! Still, one always begins as an idealist.

There are many people who aspire to work in the creative arts. You want to be a famous muso, writer, actor, or whatever. When you start out, you know it won’t be easy. Still, you hold on to the belief that if you’re talented and work hard, one day you’ll make a living out of it. You might hold another belief, more mysterious and profound, that there’s some kind of cosmic force on your side. Some type of benevolent power which ensures talent and effort will eventually be rewarded. For the sake of argument, I’ll call this ‘God.’

Unless you’re lucky, you gradually realise both these beliefs are nonsense. First, you find out how hard it is to make a living in the creative arts; that it’s only the small majority who make a basic wage out of it. Second, you see many odd things that prove that in the arts world there are no benevolent cosmic forces, only market forces.

For example, many people want to be authors, sign to a big publisher, and have a bestseller. Some succeed but most fail, and it’s getting harder than ever these days. Then you see someone like  Cara Delvigne. She’s one of the world’s top models – and rightly so – yet it turns out she’s about to be an author too. Someone has ghost-written a book that will come out under her name. (They’re admitting it this time, after the outcry when beauty blogger Zoella was busted for not disclosing it). There’s no doubt the book will sell too. So, without ever studying writing, grappling with the creative challenges of writing a novel, or trying to get past the literary gatekeepers, Cara Delvigne is going to be a bestselling author. That’s the power of market forces. Delvigne is a powerful commercial brand so she gets to be an author without any effort at all. Meanwhile, plenty of real authors are stuck in limbo.

If there were gods of justice – of meritocracy – in the arts, that wouldn’t happen. But the real world is ruled by the god of market forces, so it does.

To take another example, the main actors from the sit-com Big Bang Theory are now being paid close to a million dollars each per episode. No, not a million bucks between them. Not a million a year. A million bucks each per ep! Now, I am a fan of the show but for artistic worth, there’s no way those actors are worth a million an episode. Yet in terms of market value, it seems they are.

Let me be clear – there’s no doubt these actors are all good and have worked hard to get where they are. But could any of them say with a straight face that they do a million bucks worth of work each episode?

What can we make of this odd situation? On the one hand, you could see those actors pocketing one mill an ep and think “Good on ’em. They beat the system!” At the same time, you look at it in terms of my notion of ‘God’, the idea that there’s a cosmic force which makes effort meets reward in the creative arts. From that perspective, you raise an eyebrow and think “so many artists can’t make a dollar, and they’re getting a million bucks for acting in a sitcom!”

It’s an absurdity, sure, and what’s striking is the scale of the absurdity.

To repeat, I’m a fan of the show. I’ve spent many a half hour amused by Sheldon’s Asperger’s antics. But they’re not really treading the path of genius these days. For one thing, Big Bang Theory is now about as mainstream as you can get. In the early days, it was quite fresh – a comedy about four nerdy guys and a perky gal. Now three of the guys have partnered up, with Raj the token ‘spare prick at an orgy’ for comic effect. So these days we get a lot of stuff about couples and their issues. And really, could there be anything more mainstream than a show about young couples hanging out, talking about relationship issues, marriage, and babies?

It’s not as if these actors are creating much at this point. They’re reading lines written by professional writers. Sure, they shaped the characters but that was years ago, and after more than 200 episodes they could probably play these parts in their sleep. Now in its tenth season, Big Bang Theory, is pretty much by-numbers. Each character is essentially set. The same motifs recur: Howard’s coolness is challenged. Raj does something effeminate, then oversteps boundaries and Howard gets angry. Penny has a shot at Amy and Sheldon’s sex life, as part of the usual normal vs. weird trope. Sheldon is rude and emotionally obtuse in an amusing way. At least with the demise of Howard’s mother, we’re spared the endless fat jokes, but the other characters carry on as usual.

At 24 episodes a season, some of the character traits are going to wear a bit thin after ten years, so you’ve got to cut the writers some slack. But the grooves are so well worn the actors are basically phoning it in these days … and collecting a million bucks an ep for it.

Do I begrudge their success? No, this is not about them, it’s about the non-existence of God! Do I envy them? Yes, of course. I envy anyone who can make a living from their art and work at it fulltime. Naturally, I’d love to be a commercially successful artist so my work could sustain me through life and into retirement (you know, like a normal job), rather than working hard for no income and probably having to commit suicide at 60 due to poverty. Aside from that, it’s nothing personal against the BBT actors. If they made it big, that is their good fortune!

Acting is a terribly risky profession. For every actor who makes it, there are scores who don’t. It’s great the BBT actors succeeded and now live comfortable, affluent lives. They rolled the dice like every other rookie entering the acting profession, and came up winners. No doubt they worked hard along the way perfecting their craft. And mind you, they’re all very good in their roles. In the bigger picture, their success could even be seen as a reassurance that creative work can pay off.

Financially, having a hit sit-com must be like winning the lottery for an actor – and not many do. Plenty of show ideas are pitched to the TV networks. Some go to a pilot. Some of those go to a first series. A percentage avoid the axe and continue. A smaller number again become hits, like BBT. Yet for that small minority, the rewards are lucrative. A hit TV show is worth a lot of dough to the networks. That allows the actors to hold them to ransom and demand these huge salaries. The Big Bang actors are just doing what the cast of Friends or Seinfeld did before them. Someone is making mega bucks from these shows, so they might as well take their share.

In this sense, I have no problem with the BBT actors making a million bucks an ep. My problem is the imbalance between them and the many others in the creative field who are so poorly paid, indeed in some cases, not paid at all.

In my own case, I spent thousands of hours writing and creating novels with musical soundtracks. I’ve done three of those, so, three full books and albums. For all that effort, I’ve never seen a dollar of profit. There are plenty of other creative artists around the world in a similar position, who would simply like to make a living out of their work.

In contrast, a group of actors in an ever more formulaic sitcom are phoning it in and picking up a million bucks an episode, or 24 million a year each. It’s not their fault, but the contrast amounts to an absurdity, and it’s the sheer scale of the absurdity that makes me a born again atheist, in the sense defined in this essay.

I started out in showbiz with the naive hope that there’s some kind of benign cosmic force to run the world in an orderly way which bears some resemblance to a meritocracy. Not in the sense of reaping ludicrously inflated salaries, but simply in the hope that over time, talent and hard work will meet with opportunity and some kind of reasonable reward.

Unfortunately it turns out there are no benign cosmic forces in operation; there are only market forces and the Matthew Principle. That principle says “to he who hath, more will be given, and for those who have nothing, even that which they have will be taken away.”

In this theology of showbiz, the Matthew Principle is Satan, and it rules the world. Yet there is no evil intent in any of this. Matthew is simply a reflection of the brute power of market forces in action. ‘God’ in those terms is simply an absence – an absence of benevolent cosmic forces.

Still, what you gonna do? It’s the way of the world. Probably the best response is to sit back, raise an eyebrow, and have a chuckle at the fresh crop of absurdities coming through each and every year.

Dub a laugh track over that.