The Wisdom of Solomon and Clapton 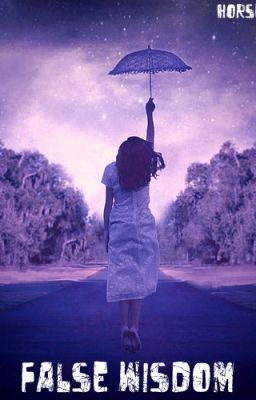 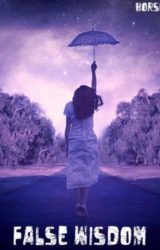 There seems to be one idea a few religions have in common – that physical life isn’t much good. Apparently when you get really advanced, you realise all the pleasures of physical life are unsatisfying and not worth much at all. It’s only when you transcend the world and get in touch with a higher power that you find real satisfaction.

Now who was it who said this: Christianity, Buddhism, Scientology? Or was it AA? It’s hard to keep track, and of course there are so many differing interpretations. Yet the idea is widely believed one way or another.

Anyhow, I’m not buying it. I’m going to start a religion which celebrates the beauty of the physical world. To quote Thomas Swan from Cultown, it’s the gift of life, not the wheel of life.

What is with this need to put down our world? A while ago, someone gave me a book with a story of the famous king, Solomon, he with the reputation for enormous wisdom. According to the book, Solomon was a wealthy king, could indulge his every wish, and had a harem of a thousand women. After a while he got sick of it all, and came to the conclusion there’s something deeply unsatisfying about physical life itself.

That’s one theory; here’s another. How about the theory that anyone who needs a thousand women is psychologically disturbed to begin with? Even a hundred women is way over the top. If you can’t manage with a hundred, a thousand is not going to do it for you either. Therefore, instead of accepting some ‘deep’ conclusion about the inherently unsatisfying nature of life, we should realise that the experiences of the mentally ill are not those upon which to base our beliefs.

I mean, imagine there was some philosophically inclined beggar in Solomon’s kingdom. Suppose he broke into a pie shop one night and ate a lot of pies. After a while he’d get sick of it. Should we then conclude there’s something deeply wrong with pies? Should one adopt a theory of the intrinsic worthlessness of pies, or that pies are somehow evil? (And for the vegans out there, I assure you they were vegetable or fruit pies!)

No doubt there was far more to the character of Solomon than this minor anecdote relates, as that reputation for wisdom must have come from somewhere. But purely in relation to the tale of the a thousand women, there are no deep conclusions to be drawn.

Leap forward a few centuries and another story comes to mind. Seemingly very different, but really much the same. In his autobiography, rock star Eric Clapton wrote about a new guitar he coveted as a young man. The guitar was on display in a shop window, and the young Eric gazed at it with longing day after day. He was obsessed with the guitar, completely consumed by the burning desire to possess it. He finally got it, and you can guess what happened next – as soon as the coveted guitar was in his possession, he lost all desire for it. It suddenly meant nothing to him.

What are we to draw from the story? Is there a deep philosophical lesson here about the inherent foolishness of desire and the emptiness of physical life?

No, not really. The only conclusion we need draw concerns the mental health of Eric Clapton at that time. In fact, the young Clapton was right to desire that guitar with all his heart, because a guitar is a wonderful thing. Clapton should have grabbed that guitar and loved it and played it six hours a day and thanked his lucky stars on a regular basis. Instead, the youthful Eric only showed that he was psychologically disturbed and incapable of happiness. His imminent stint as a heroin addict is further evidence for that. Still we are all often foolish when young. By now, Clapton is doubtless much older and wiser, and reflects wisely upon his youthful folly.

The point of these two examples is that, for some reason, people tend to look at psychological illness and misinterpret it as wisdom. People hear about Solomon’s harem of a thousand women and Clapton’s guitar and nod their heads earnestly as if some profound truth has been revealed about the unsatisfactory nature of the physical world, when all they should be seeing are the pseudo-problems of two spoiled and disturbed young men.

Physical life is a wonderful blessing. We should enjoy it while we can. Buy that guitar and play it. If you have one woman, enjoy your good fortune. If you have a harem of ten, that’s eccentric but may be your good luck. Any more than ten …  you’ve got problems.

But especially, stop confusing mental illness with wisdom, and above all don’t turn it into a religion.