The Book With the Girl in the Title

Have you wasted years of your life reading how-to guides about book marketing? Then stop. This is the only one you’ll ever need.

If you want to have a literary bestseller, you’ve got to get the title right. That means choosing the right words. Just make sure one of them is ‘Girl.’

It all started with Stieg Larsson’s The Girl With the Dragon Tattoo. That huge bestseller was followed by The Girl Who Played With Fire and The Girl Who Kicked the Hornet’s Nest. Even the fake Larsson, who carried on the series when Stieg died, stuck with the formula when he wrote The Girl In the Spider’s Web.

It’s called branding. See, John B. Citizen and his cousin Connie the Consumer haven’t got time to remember a bunch of different stuff. So you’ve got to help them by hammering your brand into their crammed-full brains so it stands out from all the other brands already in there. When they hear ‘The Girl’ they should automatically think, ‘that’s the Swedish guy who writes bestsellers about Girls.’

In literary marketing, there’s this thing called ‘discoverability.’ It means the ease with which potential readers can discover your book.  The ease with which they can remember and Google it. Notice that word I repeated? Ease. You’ve got to make it easy for people by planting the right branding keywords in their brains. Discoverability can be a mountain to climb, but if you get the right key words they can propel you right to the top in a meth-fuelled ski lift.

Computer analysis reveals that the ultimate keyword is ‘Girl.’ But here’s the funny thing about Stieg Larsson – when his books were first published in Swedish, they didn’t have ‘Girl’ in the title! The first one translates as ‘Men Who Hate Women.’ Bit of a downer, right? It was only when translated into English that marketers applied this genius-level branding about girls. When the books became mega hits, they knew they’d cracked the code.

Even so, there was room for improvement because people’s attention spans get shorter by the year. The Girl With the Dragon Tattoo might have flown in 2005, but by 2010 those sort of titles were too longwinded. Girls having complicated tattoos and doing stuff was  too much for people to take in. So the next step was to simplify down to caveman speak. Short, simple phrases easy to remember, easy to Google. So we had a book called Gone Girl, a title that combined brevity with alliteration in a manner that made it a real cinch to remember and to Google. It even alliterated with Google, such that your fingers probably even Googled it without you having to think about it. It was just an automatic response. Gone Girl Google – that’s marketing Gold, baby.

Where could they go from there? Was it possible to ride the Girl-train any higher up the summit of Discoverability Mountain? Well, they tried. The next step was to eliminate any extraneous actions or features and go right to the source. Why not just a book called Girl? Yet the awful news at the top of Discoverability Mountain was that John Lennon had written a song of that title in 1966, and you don’t want to be using some old title that’s already been had, even if it was only a song.

‘Why not just add an S?’ some bright spark suggested.  So they did, only to find Lena Dunham had already got that with her hit HBO TV show, Girls. Oh dear, where do you go from there? Well, the marketing people paced back and forth their marketing offices, until the answer appeared. ‘OMG,’ someone said – and yes, it was literally the letters OMG that they said –  ‘OMG, I’ve got it – Woman. That’s a fantastic title! It’s like Girl, only older.’  So they Googled that and what do you know, bloody John Lennon had got that too on one of his solo albums.

It was a sad and sorry mood in the marketing office that day as the team began their descent back down Discoverability Mountain. ‘There’s nothing for it,’ one of them said. ‘We’re just going to have to complicate our titles a bit. You know, add more words. Nothing too flash. None of your fancy tattoos or doing stuff with fire and hornet’s nests. Just keep it on the Dick and Jane level. How else are people going to remember it and Google it without even meaning to?’

That’s when we got The Girl on the Train – and the team was back in business. Indeed, at that point the dam burst and we had a flood of new bestsellers. There was Girl Online, by fake author and fashion vlogger Zoella. Girl Online was a splendid allegorical tale about the adventures of a girl who goes online. Then there was The Girl with all the Gifts, The Girl you Left Behind, and many more Girl-themed titles. The crisis in publishing was over. Everywhere you looked there was a new smash hit novel with a Girl in its name.

Only last week, I walked into a bookshop and was pleased to find this ancient ten year  tradition alive in the title of a new bestseller, The Girl Before. I like it. It’s short, there are only three words, and one of them is ‘the’. Even better, some people will probably try Googling The Girl With the Dragon Tattoo or The Girl on the Train, and The Girl Before will automatically come up in their Google search by accident. If that’s not clever literary marketing, I don’t know what is.

So that’s how it’s done. The only real question is, what’s the next step? I’d like to throw this one out there and road test it with the PR team: how about the rebranding of classic fiction with some ever so slightly new titles? To Kill a Mocking Girl. The Great Gatsby’s Girl. Lord of the Girls. The Girls of Wrath. Or even Girls of Treasure Island. Given that an English theatre production last year turned cabin boy protagonist Jim Hawkins into a female, I don’t see why not.

Duncan Smith’s new book, Girl in the Car is out now through Penguin and Unwin House. 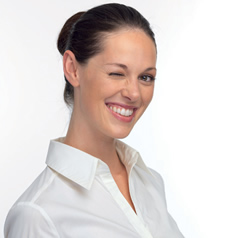