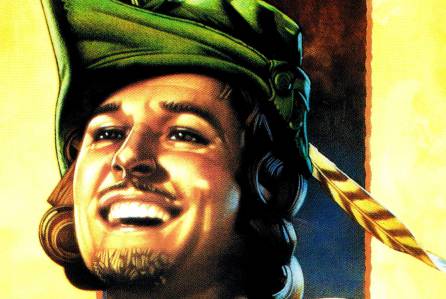 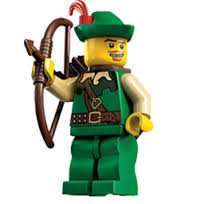 Yesterday, I started my attempt to put out a blog every Monday in 2017. And since today is Tightarse Tuesday, here’s an extra one today for half price – meaning you still get it for free. Which is appropriate, given today’s subject. It’s a little story I’ll call … Robin Hood Rides Again.

Last week, some guy tried to live-stream the Mundine-Green boxing match on his Facebook page. For those who don’t know, that means he put it on the internet so people could watch it for free. This was greeted with joy by 150, 000 Aussie cheapskates who didn’t want to pay the $60 Foxtel was charging.

Legend! Hero! Champion Aussie Battler! These were some of the comments on Twitter and Facebook applauding this guy. No surprise there. After all, Australia has the biggest rate of internet piracy in the world.

In olden days, Robin Hood stole from the rich and gave to the poor. Now in 2017, this guy was stealing from the rich Foxtel company and giving to the poor boxing fans of Australia. Legend! Hero! I’ll call him Robyn.

Foxtel wasn’t too thrilled and rang Robyn at home telling him to stop. After all, they’d paid a lot of money for the broadcast rights. Not only were they losing potential revenue, it was a slap in the face to those who’d already paid the $60, and set a lousy precedent for the future.

Robyn wasn’t pleased about being called at home. ‘How did you get this number?’ he demanded, miffed at the violation of his rights. And no, he wasn’t going to stop streaming. He was feeling pretty good about being the centre of attention, getting called a legend, an Aussie hero, and so on. As he told the Foxtel rep, he didn’t think he was doing anything wrong. After all, he himself had paid the $60 to watch the fight. So why shouldn’t he stream it?

Probably for this reason: if there’s a concert selling ten thousand general admission tickets, I can’t buy a ticket, make nine thousand photocopies and give them out free – even though I did pay for mine.

Well, next thing you know, Robyn is getting sued by Foxtel. And as Alanis Morissette used to say, isn’t it ironic? Because Robyn’s glorious act of charity could now cost him a lot of money, money that was lost by Foxtel. But wait – suddenly there’s a crowd funding page set up to pay Robyn’s fine and legal fees, which may be considerable. All he has to do is rely on his new ‘mates’ who called him a legend on Twitter. If they all just rally round and cough up a small amount – say, maybe, $60 each – there just might be enough to pay Robyn’s fine.

But what’s happened? Suddenly all Robyn’s new friends have melted away into thin air. Shurely, shome mishtake? As a post on Twitter put it “Spare a thought for ol’ mate Darren Sharpe today, also known as “Unofficial Australian of the Year.” 150,000+ Facebook users watched his live streaming … At $60 per viewer, Foxtel could easily argue a loss of earnings of $9million. He has set up a crowd funding page to assist, yet after seven hours, just $150 has been donated.”

So now Robyn’s sitting sadly at home wondering what happened.  He’d invited 150, 000 mates into his living room and they all turned out to be wombats. Maybe he wasn’t a legend after all.

And if you think about the difference between him and his 13th century predecessor, he wasn’t. The real Robin Hood took on the king’s army who were prepared to hunt down and kill him. Robyn just took on a pay TV company.

Robin risked his life to help people who were actually poor – peasants living under the harsh system of feudalism. Robyn just helped a bunch of Aussie cheapskates watch a boxing match.

Robin Hood risked his life fighting the king’s army, facing the chance of a sudden and violent end at any moment. All Robyn did was sit in his living room and point a webcam at the TV.

What’s that Donald Horne quote again? Something about the lucky country and second rate people who share its luck. Except for poor old Robyn who found out the hard way that Aussie internet thieves are not the ones you want to go shoulder to shoulder with in the trenches of 21st century life!

Tagged with: Robin Hood vs Foxtel