The Man With The Missing Will 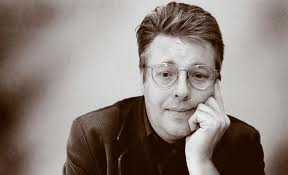 By the time Stieg Larsson had a mega-bestseller with his Millennium book series, the poor bugger was already dead. His gripping tales of  Blomkvist and Salander sold zillions but he never saw a single krona of the profits. Thirty years of coffee, cigarettes, junk food and workaholism caught up with him at the age of 50 when he dropped dead after climbing a flight of stairs.

If only he’d thought to leave a will, it would have saved a lot of trouble. But like his thinly disguised alter ego, Blomkvist, Larsson seems to have been too reckless to foresee the trouble this would cause to those around him.

For those who don’t know, Stieg Larsson was the Swedish author who wrote The Girl With The Dragon Tattoo and two sequels. These make up the Millennium trilogy. I’ve been reading Stieg’s biography, The Man Who Left Too Soon. One chapter discusses the battle for Larsson’s millions after his death. It may be that where there’s a will there’s a way, but where there isn’t there’s an affray. In this case there’s a massive stoush for Stieg’s loot, fought between his ex-partner of twenty years on one side, and his father and brother on the other.

The biography came out in 2010 so the dispute may have been settled by now, but at the time of publication it was still unresolved. At that point, Larsson’s estate was worth 10 million pounds and rising. By Swedish law, the state took half but Larsson’s ‘widow’, Eva, got nothing, as they were not legally married. The estate therefore passed to the father and brother. It must have been around 5 million pounds then, but would probably have grown with further book sales, not to mention income from the movie versions. Naturally, Eva felt she’d been treated harshly and set up her legal appeal.

So, what to do with all that money? Some would say that the whole estate should pass to Eva. After all, she was Stieg’s partner for 20 years and most entitled to it. Others might say that Stieg and Eva must have been aware of the inheritance laws and if they were silly enough not to act on the knowledge then that is their, or rather her, bad luck. If the money was legally due to go to the blood family, so be it.

You would think that a commonsense approach would apply and they could just split it. The father and brother take 2 million, Eva takes 2 million, and a million goes to Stieg’s favourite political causes. That’s the most obvious solution, and no need for lawyers and expensive court cases. But what has commonsense got to do with anything when it comes to human beings?

There’s something the legal combatants are forgetting in all this – none of them wrote the Millennium books. So perhaps the real answer to who really deserves the money is … none of them! In fact, if any of one of them were to walk away with half a million pounds, they should thank their lucky stars and move on before anyone had time to change the decision.

Of course, that is a little harsh. If the money has to go so someone, Eva should get most of it. She was Stieg’s partner of 20 years, loving and supporting him through all of that time when he was working so hard, and now having to move grieving into an uncertain future. She is the surely more entitled than anyone to the fruits of his labour, considering the price he paid for it and the consequences she must endure.

You could argue the father also has a claim, having raised the young Stieg, funded his education and so on. But since when has it been the case that parents acted in the expectation of inheriting from their own children? Surely the father can’t feel much real entitlement to his son’s estate.

As for the brother, it’s hard to see what possible claim he could have to the money. Stieg Larsson’s fortune came as a result of the Millennium book trilogy, a work that stretched to some 1200 pages for which millions of readers around the world were prepared to pay. Of the many thousands of words that made up that epic work, not a single word or sentence was composed by Stieg’s brother. It is hard, then, to see on what basis the brother feels he deserves the money. If he walks away from the dispute with even a thousand pounds, he should feel overpaid.

Likewise, the father never wrote a word of the trilogy. He did at least pay for the education that enabled Stieg to read and write to begin with, but he had nothing to do with the actual writing of the books.

Even Eva should realise (and correct me if this is wrong) that not one sentence of the Millennium books was written by herself. However, she does have a claim to the money, more than anyone else, because she was Larsson’s partner for 20 years and supported him during his political struggles and when he was writing the trilogy itself. She does have a claim then in the way that, for example, Heather McCartney did not have the slightest claim to Paul McCartney’s vast fortune, a fortune derived from Beatles songs of which Heather wrote not one and was nowhere on the scene when they were composed.

In fact, neither Stieg Larsson’s father, brother, or partner wrote any part of the Millennium trilogy. It’s a tragedy that Larsson died so young and the pain is surely felt by Eva most of all. But for the moment taking away the emotional side of it, in purely financial terms, all three of them got lucky in benefitting from the work and talents of Stieg Larsson The Man With the Lucrative Bestseller.

If commonsense was at work, everyone concerned could shed their tears over Stieg’s passing, celebrate his life and work, and walk away with a couple of million pounds each as an inheritance.

Instead, delusional greed has come to the fore and the biggest beneficiaries will be the lawyers who’ve no doubt  tripled their usual exorbitant fees to take on this case.

If only Stieg had realised that the biggest threats to his life were not the political enemies he made, but his own heavy consumption of coffee, cigarettes and junk food.  He might then have thought to make a will, or at least marry Eva to give her legal protection.

You could argue that Stieg wasn’t to know his books would be such bestsellers. But I think he did know. He was the type of obsessive near-genius who would believe his work could not only combat evil and bring down his political enemies, it could also be a commercial hit. When it came to making out a will, he just never got around to it. He probably thought he had another twenty years to do that.

In that case, Stieg Larsson has unwittingly become the poster boy for the “Don’t forget to make your bloody will” campaign.