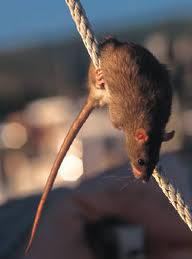 Was there ever a better example of the fair weather friend than the sports sponsor?

When a sports team is flying high, sponsors rush to share the glory. But as soon as the success falters or there’s some trouble, the sponsor is looking for an exit.

It’s all about the brand. A company has an image which they want to promote in the public mind. This is their ‘brand.’ The companies want to associate their own brand with that of the sporting team. Success reflecting success and all that. It’s all about reflected glory. Maybe it’s the adult version of hanging out with the cool kids in the school playground.

The trouble is that as soon as that team starts losing, the sponsor wants to get the hell away. After all, why would they want their brand tarnished by association with ‘those losers’?

This also happens if there’s some kind of scandal.  If a team or player loses popularity through scandal, the sponsors aren’t so keen to hang around in case the dirt lands on them too. For example, when the Melbourne Storm football team were hit with the ‘salary cap scandal’ of 2010,  the sponsors were like so many rats fleeing a sinking ship. Now that the Storm were on the nose and everyone was putting the boot into them, the sponsors had to get out fast.

There was talk that key values were at stake. The Storm had cheated the salary cap system by paying their star players more money than they were supposed to. The sponsors felt that their values and image were no longer represented by the Melbourne Storm, so they were withdrawing their support. They ran like hell.

This sort of talk all seemed very lofty, but to my mind there is one key value which was overlooked in all this –  loyalty.

If these companies want to know the sort of quality that really shows the best in human ideals, it is the capacity to stand by your friends in good times and bad, for better or worse, for richer or poorer. Even when the whole world is against you, the friend who stands by you is the only true friend. On the other hand, few qualities are more contemptible than the false and superficial friend who dumps you at the first sign of trouble. So when it comes to talk of values and brands, let it not be forgotten that certain sponsors showed their true colours at this interesting time.

One of the fleeing rats was a bank. It seems their hands were far too pure to be associated any more with the salary-cap-cheating Melbourne Storm. Never mind that the bank’s own executives’ salaries were obscenely lavish compared to the few meagre bucks the Storm boys were getting! The bank was taking the high moral ground on this one, But as Brett Papworth remarked off the cuff on radio, ‘a bank making a stand on the grounds of integrity? Give me a break!’

Another sponsor decided to take out a full page ad announcing they were dumping the Storm because their own values were too noble to be associated with the tainted Storm brand. In other words, not only was this particular rat going to flee the sinking ship, it was going to photograph the moment and show it to the public as an ad for its own moral integrity. How nice.

I don’t know if any of the Storm’s sponsors did stick it out through the tough times, but if so, they would have been rewarded with the Storm’s mighty feat of winning the minor premiership the next year in 2011, and looking well on track for another in 2012. If any of the sponsor rats later came back with their shallow, sycophantic smiles trying to buy back in, it is hoped they were sent packing with the words, ‘Sorry, our brand is all about toughness, commitment, and sticking loyal through thick and thin, and your company’s brand just doesn’t embody those values for us.’

Oh the sporting sponsor, what a fine fair weather friend you are!