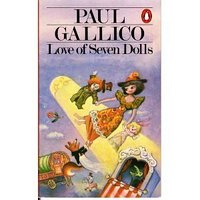 Paul Gallico was a 20th century American author. His best works are dark romances which show how love survives despite harsh conditions. Literary snobs tend to dismiss him as a popular author. While he made no attempt to be highbrow, Gallico’s writing shows a compassion and understanding of human nature rarely found in other authors. He wrote many novels and novellas – here are my top five:

Wait, wasn’t that the movie that kicked off the ‘disaster film’ genre in the 1970s? Yes – well, Gallico wrote the original book.

A freak storm at sea flips an ocean liner upside down. A group of survivors has to work their way out of the ship to reach safety. As a thriller, it’s a page turner, but the real story is about how each person behaves in crisis conditions. It’s a thriller with soul.

The editor, Sol Stein, said of fiction writing that ‘we need to know the people in the car before we see the car crash.’ We need to care. Oddly enough, this is shown in the two film versions of The Poseidon Adventure. The 1972 film has real characters, but in the terrible 2006 version it was like watching cardboard cut-outs trying to escape the sunken ship. All action, no soul.

Mrs Harris, a London cleaning lady, pursues a lifelong dream to own a Dior dress. In a classic underdog tale, Mrs Harris is a poor, old, uneducated woman who dares to reach for something beyond her lowly social status. Her quest takes her on a roundabout route to the House of Dior in Paris.

In the wrong hands, this could be a corny, feelgood story which doesn’t ring true. Gallico evokes a sense of compassion for Mrs Harris and the other characters. His plotting is also excellent. Here, as in other books, he draws together a range of characters and plot lines in a way one would not have suspected.

Tells the story of Jerry, a young American pilot in World War Two who falls unexpectedly in love with Patches, an English girl. This throws his whole life into upheaval. Jerry’s background is rock solid – family, social class, career and fiancée. Yet his entire mapped-out future is cast into jeopardy by the unplanned romance.

In his decision to marry Patches, Jerry has to overcome a huge weight of social pressure, not least from his own parents. Gallico is at heart a romantic and love prevails, but only after considerable turmoil. It’s sensitively handled. Gallico doesn’t sneer at Jerry’s family or background. He shows them as limited but honourable people who deal as best they can with a difficult situation. Jerry’s father is pivotal to this and Jerry has to grapple with notions of what it is to be a man, and discovers an untapped wisdom within himself.

A dark romance featuring Mouche, an innocent street girl, and Capitaine Coq, a harsh, abusive showman who can only really communicate through the seven puppets in his travelling puppet show.

Mouche is a typical Gallico heroine – a true innocent struggling to survive in an evil world. Capitaine Coq is part of that evil. Mouche can only reach him through the puppets. This culminates in an extraordinary final scene which goes beyond ordinary life into some elevated realm.

Some modern readers have criticised the book for Capitaine Coq’s violent behaviour towards
Mouche.  One reader review even accused Gallico of ‘1950s racism.’ I think this is misguided. To view past eras through the censorial standards of 21st century eyes is to shrink human experience down to a very small world indeed. The past was what it was. Though we live in more enlightened times, it will be a sad day when the thought police start rewriting old novels to fit today’s standards. A strength of Gallico’s dark romances is that he doesn’t sanitise life or human nature. He shows it as it is, for better or worse. Or rather, the way it was during his lifetime in the first half of the 20th century.

Gallico is ultimately an optimist. Love of Seven Dolls is a tale of redemption in which even the damaged Capitaine Coq is saved by the transformative power of love.

This is Gallico’s best dark romance. An English circus in the 1960s goes on tour in Spain. After a serious accident, the circus owner and most of the crew return to England. Some of the circus workers are left behind, with no food or money, to look after the animals. When help doesn’t arrive, the situation grows increasingly desperate until each character is drawn to a crisis point.

The physical starvation is a metaphor for each character’s hunger for love. They are a motley crew, with their various physical and emotional deformities. The grotesquery on display make it so much more real. This is not some sanitised TV sitcom filled with ‘the beautiful people.’ This is life in all its unvarnished reality – including the savagery and bitter struggle that is involved, especially for the less fortunate. In this desolate landscape, acts of compassion shine all the brighter.

It’s Paul Gallico at his best. An underrated and little known classic. 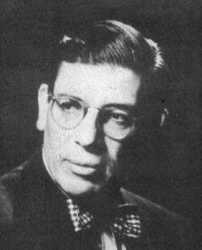