Want Fries With That? Modern Pop as McDonalds 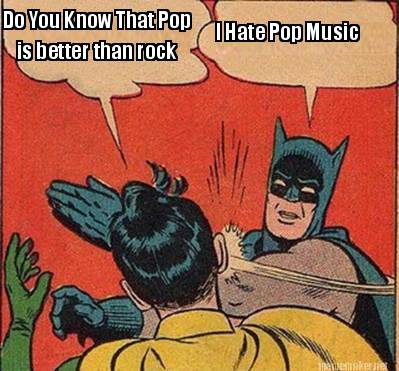 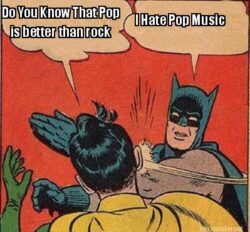 As a guitar teacher, I get to hear quite a few modern pop songs.  I’ve noticed most of them share a number of traits:

When you put these traits together, what does it all mean? That pop music sucks now? Well, to some degree, the top forty has always sucked. People idealise the sixties, thinking only of the Beatles, Stones, Dylan, etc. But if you go back and look at the top forty from, say, 1966, you’ll find some pretty awful stuff. So this is not an essay idealising the good old days. I will say, though, that modern pop music sucks far more than ever before, and the particular way it sucks is actually rather sinister.

First, let’s look at these traits in more detail.

There’s a comedy clip on You Tube called ‘Four Chord Song.’ It makes fun of the way so many pop songs use the I-V-VI-IV chord progression (e.g. C, G, Am, F). By now, songwriters should avoid that chord pattern like the plague, especially since that clip came out. But no, the pattern is still heavily in use.

Then there the minor key version VI-IV-I-V. Same chords, slightly different order! (i.e. Am, F, C, G). Used for example on the song ‘Despacito’, now at 10 million views on You Tube. Add in a woman shaking it in slow motion and you’ve got a big dumb product.

My first, fairly naive thought on hearing these sort of songs was ‘gee, modern musicians don’t have much imagination. Why would anyone write a song like that these days?’ But on reflection, it’s not a lack of imagination, it’s a deliberate attempt to dumb music down for easy mass consumption. Often these songs don’t even bother to change the chords from verse to chorus. And yes, the Beatles and Dylan had a few songs like that, but they had more complicated ones too. Modern pop is just a big, dumb lullaby with drums. I was going to call it a big dumb jingle, but in truth, even advertising jingles are far more creative than modern pop.

The other day in guitar lessons, a student and I did a Thin Lizzy song. And sure, that wasn’t really ‘pop’ even in its own time, but the top forty did have songs like that. What stood out was the musicianship – those guys could really play the guitar. The music was original, creative, and it sounded like they meant it. Where are the riffs, the solos etc today? The guitar itself has largely disappeared from modern pop, unless playing very simple chords and phrases.

The other weird thing about modern pop is that it all tends to have the same ‘sound’. Pumping drums, big keyboard, layered and perfectly auto-tuned vocals.

The word ‘product’ is related to ‘production.’ That’s telling, because that’s what modern pop sounds like: a product. And of course, every saleable product should come in a shiny package, which leads on to …

In fairness, good looks have always been an advantage in pop music, but now more than ever it seems singers are what one commentator  has called a bunch  of ‘manufactured sock puppets.’

Now here’s where the conspiracy comes in. As I sat through yet another mega-dumb song with 50 million views on You Tube, my naive reaction was to note how bland music is now and how … ‘easily pleased’ are audiences. But it turns out rather more sinister than that, at least if you believe the reports below. It seems that a fair chunk of modern pop is created by a small team of professional songwriters, who no doubt hand it on to an approved group of music producers to complete. No wonder it all sounds the same.

So why does it matter?

There have always been professional songwriters whose job it was to write hits. From Cole Porter, to Motown (self proclaimed ‘Hitsville’), or whoever. But most of them were good! These modern songs may as well be written by a computer program – which indeed they probably are.

From the 60s through to the 90s, we also had bands and solo artists determined to forge an original style. A unique identity which meant you could tell it was them within ten seconds of listening. Now we’ve got a series of soul-less clones.

Chord I-V-VI-IV. Big beat, rinse and repeat. Music really is dumber than ever. Why do people listen to this simplistic, unoriginal crap? Because it’s easy. Clichéd chords, big shiny production, pretty poppets as the visual front in the age where You Tube is the global juke box.

Songs roll off a mass production line based on formulas and product research. It’s like musical McDonalds. Simple products easy to produce, easy to consume and enjoy, instantly forgettable and as deep as a puddle of piss.

A while back in JB HiFi, a music chain store in a shopping mall, I saw a series of five album CD packages selling for $20. Therefore, at $4 each, an album was now priced the same as a cup of coffee selling in that same shopping mall. It seemed to sum up the way music as an art form has become so devalued from what it used to be.

Sales in music have drastically declined in the last twenty years due to first, music piracy through downloading, and second, streaming (You Tube, Spotify, etc). People expect music for free now, a sign of disrespect for both musicians and the art form itself.

With these sort of ethics at work in the mass psyche of music ‘consumers’ is it any wonder music ain’t what it used to be?

Great Bands are still out there

I’ve been talking about pop music. Having said that, there are still a lot of great rock bands out there working away. Indeed, thanks to the accessibility of technology for cheaper recording, there are probably more bands than ever before. Trouble is, most of them we’ve never heard of. They’re mostly eking out a tiny living in small pockets of obscurity. There are lots of talented bands and songs that deserve to be heard – but probably won’t be. Meanwhile, the latest piece of disposable pop crap is up to 100 million views on You Tube.

Ever since pop and rock music was invented, there have always been a few old farts complaining that modern music is crap and music was better in the good old days. So, is this essay just another example of Old Fart Syndrome?

No, there is a crucial difference. In the past, arguments of this sort were always met with raised eyebrows and scornful laughter, as young fans embraced the music of the day as their own.  But for the first time in the history of pop music, some of the younger generation actually agree with the old timers. Instead of hearing ‘shut up grandad’, or whatever, you actually hear of young people agreeing that music in the past was better, and even wishing they had been born in an earlier time. This surely must be an absolute historical first.

And if that ain’t the definitive proof that modern pop sucks, then I don’t know what is.

For a far more detailed rant on this topic, take a look at this great video blog from Paul Joseph Watson. https://www.youtube.com/watch?v=IP0wuwJBdMI