The Road to a Pulitzer Prize 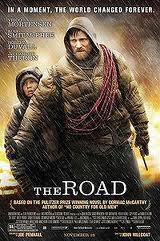 The Road is a novel that won the Pulitzer Prize for literature in 2009. I doubt that it was the best book published that year so I’ve an alternative theory on why it won.

However, I did like The Road. This book, by US author Cormac McCarthy, is indeed a good book – well written and at some points quite moving. But while it is good, is it Pulitzer Prize good? Was it really the best book published in 2009 and if not, why did it win the award?

The Road is set in post Apocalyptic America. The world has come to an end as the result of an unnamed catastrophe. All plant and animal life has been wiped out. Small bands of humans wander the ruins trying to survive. Some have taken to cannibalism. Others pillage tinned food from the various ghost towns left behind. In this grim scenario, a father wanders the world with his young son, dodging the cannibals and making a journey to some hoped for salvation on the coast. After surviving various hazards, they make it.

That’s about it. There’s not much more to the plot than that. So I don’t think The Road can have won the Pulitzer Prize on the basis of an astonishing plot or an inventive premise. While I love an end-of-the-world story as much as the next guy, this sort of thing has been done many times before. Whether it is John Christopher’s A Wrinkle in the Skin, John Wyndham’s Day of the Triffids, or even the zombie movie 28 Days Later, the road we walk down in McCarthy’s book is a familiar one. The breakdown of society after disaster, the descent into tribalism or anarchy, the new moral choices in a lawless world – this is all familiar terrain.

Not that there’s anything wrong with that. There’s something oddly thrilling about seeing our own society as some kind of Pompeii-to-be. It’s perversely exciting to see survivors wandering through ghost cities and be reminded that our world won’t be around forever. But as this sort of thing has been done before – and better, for example, in Day of the Triffids – so The Road can’t have received its Pulitzer Prize on the basis of plot or innovation.

What then of the characterization and dialogue? The only real characters in The Road are the father and son. They are never given names, a somewhat gimmicky literary device but excusable in a world where named objects have lost their meaning. The most moving part of the book is the love between the two characters. There is something touching in the father’s brave effort to protect his son in the face of despair. This relationship is the deeper part of the story and seems to be a projection of the author’s real life concerns. Cormac McCarthy, now in his mid 70s, has a son not much older than the boy in The Road. McCarthy knows he may not be around much longer and fears for his son’s future in our own troubled and uncertain world. The father and son in The Road are a beautiful, if extreme, projection into fiction of McCarthy’s own fears.

While there is beauty in McCarthy’s projection, the actual characters in the book are quite undeveloped. Limited by their circumstances, they are simply not called upon to do anything other than dodge cannibals, stay warm, scrap for food, and keep heading for the coast. They are faced with only two real moral dilemmas and the answers are fairly clear to them. One, don’t give up and kill yourself, and two, don’t eat people.

There is nothing wrong with the characters being simple if it suits the story. In this book, that is all they need to be. There is something profound in the simplicity of their relationship. But having said that, you could ask again –  The Road  may be good but is it Pulitzer Prize-good? On the basis of characterization, no. The father and son are by necessity limited characters, and you would think that there were far more developed characters in other books published in 2009, the year The Road won the Pulitzer Prize for fiction.

To turn to  the dialogue is to look at one of the most limited aspects of The Road. Almost all the book’s dialogue takes place between the father and son. Thus it is pitched at the level of a child of seven or eight who has never been to school and never had any real social contact. The boy was born at about the time when the disaster first occurred, so the only schooling and socialisation he’s had has come from his father, and for short time, his mother. While it stretches plausibility to believe that the father and son could really have survived seven years of scavenging since the disaster, more credible is that the dialogue is now very simple indeed.  Conversations between them are made up of words of one or two syllables and simple concepts. There are often bald statements of facts  or emotional states. Phrases such as “I’m really scared” or “I’m very hungry.”  Or concepts such as “eating people is wrong, only the bad guys do that.”

I found the simplicity of the dialogue became a bit irritating at times, but McCarthy was constrained by the facts of his story to make it so.

Having ruled out the plot, characterisation, and dialogue as factors leading to The Road’s Pulitzer Prize, one could ask whether there is some great allegorical dimension to the book’s story. It is possible that there is but I don’t see one other than the projection of McCarthy’s relationship with his real life son. Other than that, The Road seems a highly literal and quite straightforward tale. There’s nothing wrong with that, as a simple adventure story may well be  preferable to some plot-less literary piece stuffed with metaphors and literary allusions. But if The Road is a good but fairly simple book, why all the acclaim and the literary awards? My theory is that in the literary world, environmentalism is the new racism.

What I mean is that in the world of awarding literary prizes, grants, and contracts, decisions are often not made on the basis of literary merit alone. It seems that there has to be some kind of social message as well.

For example, in Australia in the 1990s, there was a literary award in which many of the winning books seemed to have something to do with race or cultural identity. There was usually something about multiculturalism or some other race-related issue. The whole issue of race was supposedly a cutting edge social issue in one way and another, and this seemed to influence the literary world and its decisions.

I don’t actually find the question of race that interesting one way or the other. It’s a non-issue to me. I do think it’s a pity that politics of any sort get dragged into the mix. You would think literary awards were supposed to be about good writing and nothing to do with one political cause or another or the judges trying to act as social reformers.

Now that the 21st century is here, environmentalism is seen as the biggest buzz issue of our times. Because McCarthy’s The Road shows a world where plant and animal life has been wiped out, it has somehow been cast as an environmental novel. Even though McCarthy doesn’t specify the cause of the disaster and admits that it could just as well have been a comet or nuclear war – neither of which has anything to do with environmentalism – The Road is seen as having some big environmentalist message.

Because environmentalism is the buzz-topic of our age, all novels with an environmental theme get an automatic  50% increase in their perceived literary worth. So if you want to get a literary grant or win an award, just make sure you whack in some theme to do with the environment!

This, perhaps, is why a good but not great end-of-the-world novel was elevated above its station to the giddy heights of winning a Pulitzer Prize.

I’m sorry, Mr. McCarthy. I did like your book, but I doubt that it was the best American novel published in 2009.