Dr Who as Propaganda 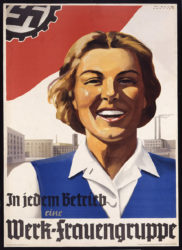 When Dr Who began in 1963, it was meant as an educational TV show for children to learn about history. In 2018, it is again meant as an educational TV show, this time to teach children about progressive social values. That’s why the new series keeps giving us people of ‘diversity’ – black, gay, etc. It’s why the main characters keep turning into women. The Master is now Missy. UNIT, once led by Brigadier Lethbridge-Stewart is run by his daughter, Kate. And of course the Doctor himself has become female, with Peter Capaldi replaced by Jodi Whitaker.

This trend is driven by ‘identity politics,’ a way of thinking that insists on defining people in terms of their race, gender, sexuality, and so on. It’s also a system fixated on the idea of power and the conviction that women, gays, ‘people of colour,’ etc, have been heavily disadvantaged and must be raised up. The mission of social justice warriors (SJWs) is to give these groups greater power.

In that sense, there are good intentions behind this push for social justice. I won’t get into all the problems with the idea for now, but will note that identity politics also requires a villain. In case you haven’t noticed, the main group considered bad are straight, white males, who are thought to have had all the power up until now. Never mind that there are a huge variety of individuals in this group, straight white males are all to be treated as a class of privileged beings who need to be brought down a peg. Being ‘progressive,’ then, means elevating as many women, gays, and blacks as possible into roles formerly taken by white males. In light of this, I’m going to look at the Dr Who episode where the Doctor changed into a woman, which must be seen as a coup for the progressive crowd.

It’s an interesting word, ‘coup.’ It can have a benign meaning as in triumph or a more hostile meaning as in violent rebellion. There’s no doubt having a female doctor is agenda-driven and partly the result of pressure from those behind the scenes at the ‘socially progressive’ BBC.

I’ll preface my review by saying I don’t object to a woman doctor per se, so much as all the bullshit that goes with it. Tom Baker, the most famous actor to play the role, actually suggested a female doctor in the 1980s. But in today’s climate of identity politics, apparently such a move has to come with a fair amount of male-bashing. Dave Cullen, for one, has spoken about the blatant misandry in some of the recent episodes.

Dr Who boss, Steven Moffat, was in a difficult spot during his three year reign. He annoyed many of the show’s traditional fans with the progressive elements, yet he was also attacked by social justice warriors for his alleged sexism and other sins – and after all he, as a white male, was one of the enemy class. It’s no wonder Moffat decided to quit, yet he still took on the job of writing the 2017 Christmas special, the one where Peter Capaldi changed into Jodie Whitaker, thus making the male Doctor into a woman for the first time. This episode, Twice Upon a Time, seems to have little purpose except to make this change.

To achieve this purpose, SJW propaganda is laid on with a trowel, and in case you didn’t get it all, let me unravel it for you. The main device is the resurrection of the first Doctor from 1965, originally played by William Hartnell, now played by a lookalike. (For convenience, I’ll refer to him as Hartnell.) Hartnell’s doctor is back for one reason only – to chastise traditional Dr Who fans who object to the new female lead.

First, we’re told that the Hartnell doctor knows he has to regenerate to survive, but he’s holding back because he’s afraid. Capaldi’s doctor urges Hartnell to submit. ‘Either we change and go on … or die as we are,’ he says. This is pure propaganda meant to imply that Dr Who is a hopeless relic of a past age, simply for having a white male lead, and the only way the show can survive is by changing the demographic of its lead actor.

Hartnell, of course, is a proxy for the traditional Dr Who viewer. Moffat lectures that viewer along the lines that, We know you’re afraid, but look: the first doctor regenerated in 1965 and life went on. That’s exactly what will happen now with the first female doctor.

In a more blatant manoeuvre, Hartnell’s doctor is portrayed as a dreadful old sexist. He speaks down to Bill, the story’s female companion, encouraging her to give the Tardis a good tidy-up. Not that I recall Hartnell ordering his own female companions to tidy up the Tardis, but we’re dealing with indoctrination here, so lies are permitted.

If Hartnell is the awful sexist from the 1960s, Bill is black, female, and gay, thus ticking at least three of the BBC’s diversity boxes. Let’s not forget she’s also working class, as have been most of Dr Who’s companions in the last ten years. I suppose this is all part of being inclusive.

And what of Capaldi? As the story sets up a conflict between Hartnell’s awful old white male and Bill’s young, black, empowered lesbian, Capaldi’s role is to play the cringing, emasculated, 21st century man. He winces in embarrassment at Hartnell’s sexism, walking on eggshells at the thought of the offence caused to Bill. He’s cringing in mortification, and indeed fear, at Bill’s possible reaction. Thus, Capaldi is a stand in for Moffat himself, already taken to task by progressive fans of the show for not being progressive enough. Incredibly, Moffat once said in an interview that educated, middle class men are ‘in a state of permanent, crippled apology.’ Well, clearly they were at the BBC in 2017.

In a more subtle piece of propaganda, at one point Capaldi’s doctor turns ‘white knight’ on Bill, ordering her to stay in the Tardis for safety, as well as doubting her true identity. His final words are ‘I want you to … respect me.’ It is now that Bill turns on Capaldi and yells at him that he’s ‘an arse. A stupid bloody arse.’ So what is Capaldi’s response? Does he tell Bill off? No, he just stands there and takes it like an abuse victim, a look of guilty apology on his face.

Capaldi’s doctor, therefore, has been turned into a feeble PC cuck bowing down to his progressive masters at the BBC. He’s a symbol of white male guilt, enacting – dare we say it – ‘internalised misandry.’ After one of Hartnell’s sexist remarks, Capaldi begs forgiveness from Bill, saying ‘we won’t ever talk about this.’ But Bill, victor of the gender wars, lets him off with ‘I hope we spend years laughing about it,’ thus combining contempt and forgiveness in a magnanimous benediction.

Following Bill and Capaldi’s confrontation, Hartnell steps out of the Tardis and warns Bill about her language, also threatening to give her a smacked bottom. This is pure parody – to say nothing of the ridiculous notion that Hartnell’s doctor has never heard of a male nurse, or doesn’t know what browser history is (and by extension, the internet itself). Thus any sense Hartnell’s doctor is a time travelling alien goes out the window. You see, his only function is to embody a 1960s British male, so, logic be damned. Why not just pretend Hartnell’s doctor never travelled any further into the future than 1960? When plot is secondary to message, who cares?

All this byplay is meant to harangue the traditional Dr Who fans, who supposedly equate to Hartnell. See? Steven Moffat is saying. If you oppose the new female doctor, you’re an awful old sexist like Hartnell. You need to cringe like Capaldi if you want to win the forgiveness of the new regime, embodied by Bill. Thus, Moffat simultaneously warns and chastises the traditional fans.

As if to hammer in the message even more, the story includes a British army officer who’s been picked up from World War One. He’s white and upper class, of course, to contrast further with Bill, the black, working class lesbian. At one point, Hartnell makes a joke about ladies being ‘made of glass,’ and the officer chuckles along, going so far as to say ‘Good one, Doctor!’ Have you absorbed your propaganda lesson yet viewers? If you make sexist jokes, you’re a dinosaur from World War One.

All of this is meant to usher in the glorious feminine takeover of Dr Who and the appearance of Jodie Whitaker’s new female doctor. Let’s recall the plot point that Hartnell’s doctor is apparently ‘afraid’ to regenerate. There was little suggestion of this in The Tenth Planet, Hartnell’s 1965 regeneration story. It has simply been tacked on by Moffat for convenience. The traditional Dr Who fan is being told: come on, don’t be afraid of the brave new world of diversity, and don’t you dare object to the new female doctor.

I can only speak for myself. I am, shall we say, ‘open-minded’ about the female doctor (or at least I was before being subjected to this episode), but it could have happened without all the nonsense that’s gone with it – among which are the tedious identity politics, the BBC-approved misandry, and the use of this classic TV show as a tool of social indoctrination.

So, what of the episode itself? It was visually attractive, well enough acted, and mildly entertaining, as long as you can ignore the colossal elephant in the room, which is the socially progressive propaganda lesson you are meant to absorb. And that was a bridge too far for me. I have certainly cringed through some Dr Who episodes in the past due to bad acting, bad effects, and so on. This time I cringed because one of my favourite TV shows is now merely a puppet show to serve the BBC’s political agenda.