More is Less: a Review of The Hobbit 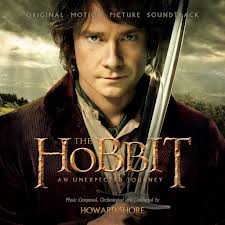 ‘Every good story needs a little embellishment’ says Gandalf  in a scene from the new film of The Hobbit. This is Peter Jackson’s way of excusing a few liberties he’s taken with Tolkien’s book. But the comment doesn’t make sense. While a bad or slightly dull story may need a little embellishment, a good one doesn’t. And in the case of The Hobbit film, the main embellishment seems to be the addition of a lot of unnecessary fight scenes. In which case, Gandalf may just as well have said ‘every good story needs a lot of fight scenes,’ a comment that sums up the Hollywood approach to film making since 1977.

This is why I believe that while the Lord of the Rings film trilogy was an outstanding success, The Hobbit is a relative failure. On one level, I can enjoy the film as it is, as a fun and partly well done  version of the book. It has the same stunning visuals and attention to Middle Earth detail as Lord of the Rings. Yet I feel that the film tries to inflate itself into something it isn’t – both with the conversion into a trilogy and the overblown action scenes. As a result, you could say that while Lord of the Rings was the definitive film version of that book, The Hobbit is not the definitive film version of this book.

The main problem is that the film falls victim to the ‘more is more’ approach that has afflicted Hollywood action films since Star Wars in 1977. The colossal success of that film made big effects and explosions mandatory in the action genre. ‘Give the people fireworks and they will come’ has been the mantra. In the Tolkien films, this takes the form of battle scenes, hazards, and narrow escapes. While this seems to fit Lord of the Rings, in The Hobbit it feels contrived and overdone.

The Hobbit is of course an adventure story. That doesn’t mean it has to be overblown into an action blockbuster, as they’ve tried to do. Instead of the film opening with Bilbo’s dinner party, it starts with a huge battle scene. It ends with another fight, less huge but equally contrived. To allow this ending, the Orc leader, Azog, has been promoted from a sentence in Thorin’s back story in the book, into a main character in the film. This is solely to allow more action as the dwarf party is pursued by Azog’s orcs and wolves.

It’s all part of the ‘more is more’ approach of the filmmakers. For example, it’s not enough for the wolves to look fearsome, they have to roar a lot too. It’s the same canned roar that seems to have been used for dinosaurs and every other fierce beast for the last twenty years of films. A creature can be menacing just by being there. It doesn’t have to roar. There’s no need to treat your audience like children, even if some of them are children.

Under the ‘more is more’ approach, it’s not enough for the dwarves to fight off a hundred goblins, they have to fight off a thousand. When the dwarves are escaping from the goblins, they can’t just escape in a believable yet still scary manner, they have to run across precipices and fall down mountains. There’s one skin-of-your-teeth escape after another for what seems like half an hour.

This sort of non-stop action was done well in the Indiana Jones movies in the 80s, but action films have been trying to raise the bar ever since. The thing is, you can only keep upping the ante for so long before it gets silly. As the dwarf party makes one miracle escape after another with not one casualty, hundreds of goblins fall to their deaths or are killed in battle, and it becomes unbelievable. Instead of being more scared for the dwarves, it no longer feels real so we actually end up less scared.

There’s another reason why Jackson has added in extra fight scenes and it’s a direct consequence of making The Hobbit a trilogy. Jackson seems to think that there isn’t enough action in the first third of the book. Well, of course there isn’t – it’s the first third of the book! As there aren’t enough fireworks in the first third, these extra bits have been tacked on. If The Hobbit had been made as a single film, even a long one, there would have been a perfect balance between action and actual story to make a great film. The cynical decision to make a trilogy, however, means that the first film – if made true to the book – might flop and sink the whole ‘franchise’ (as they call it these days). Hence those extra fireworks.

I am not one of those punk bores who think every successful artist is a sell out and no artistic product should make money. If a work of art can make money, more power to it as long as it is not watered down deliberately with that end in mind. The Lord of the Rings film trilogy was a great work of art and also made a zillion dollars. It was a perfect union of art and commerce, and the profit was just reward for not treating your audience like dummies. Yet in The Hobbit the balance is wrong. Making it a trilogy seems so clearly motivated by the desire to rake in another zillion dollars rather than to do the right thing by Tolkien’s book.

The film makers’ cynicism makes me less hesitant about criticising the film. It seems mean to criticize. Why not just shut up and enjoy it? Well sure – I did enjoy The Hobbit part one. But to see the filmmakers both dumbing it down and blowing it up (no pun intended) is to see them grappling with artistic problems made by their own pursuit of the zillion dollars. The Hobbit could have been much better as a single film, even a long one. Jackson was no doubt aware that he would meet this criticism. As if in defiance, he’s made the first film itself over three hours long. The whole trilogy will probably add up to over ten hours. Hey, haven’t you heard? More is more.

The Hobbit  as a single film could have been perfect. Yet like greedy dwarves eyeing a distant mountain of gold, the film’s producers decided to make it a trilogy. Trouble is, The Hobbit  book is about a third the length of the Lord of the Rings book.  It is also a far more low key story, involving a few dwarves on a treasure hunt, rather than an epic battle against world evil. Yet the filmmakers have tried to inflate both the length and the magnitude of The Hobbit’s story to match Lord of the Rings.

This was not necessary and I don’t think it works. Yet as the film producers’ motivation seems mainly financial, they probably won’t care as long as the box office ticks over. What Tolkien would have thought is another matter. In my view, Tolkien would have loved and approved of the film version of Lord of the Rings, but he would have been a lot more doubtful about the way they have made The Hobbit. 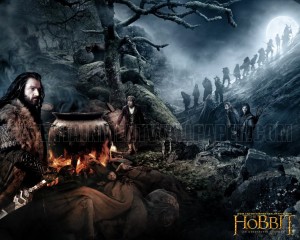